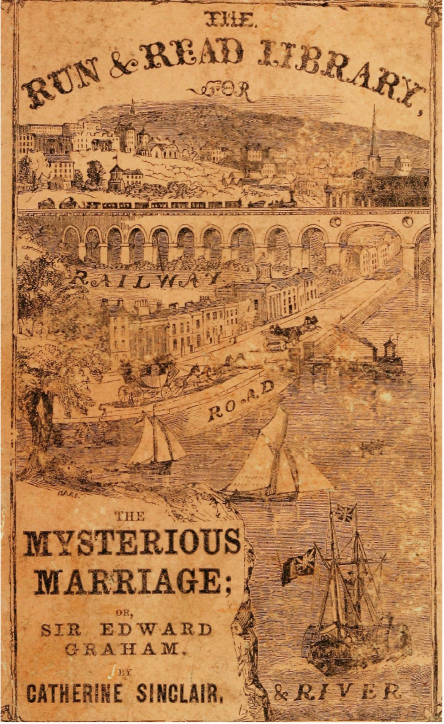 Yellowbacks were the Victorian equivalent of a cheap paperback that you might read on the bus or on a plane. The name comes from their cheap binding which was often covered with yellow paper.

The yellowback came about due to a confluence of supply and demand. The supply side came from the shift from handmade books to machine-made books. This process started with the introduction of machine-made paper in the late 18th century and concluded with the mass production of bookbindings beginning in the 1830s. These technological developments dramatically reduced the cost of books, opening them to a wider audience.

The demand came not just from the lower cost of books but also the social changes that occurred during the 19th century. The industrial revolution saw a concentration of the population in cities like London and Manchester, a growing middle class and higher literacy rates. The urban population had more leisure time to devote to reading while the invention of the train created a new demand for books to read while travelling.

Yellowbacks first appeared in the late 1840s and were available in basically the same format for over sixty years. The yellowback was often the cheaper version of a title which was also available in a clothbound edition. Early yellowbacks usually just had the title of the work within a geometric design, but soon a color illustration of an (often dramatic) event in the book became the norm. The subject matter of yellowbacks was usually fiction, everything from classics like Jane Austen to obscure works that are only found in a few copies today. There were non-fiction titles, too, on subjects ranging from healthcare and politics to aquariums and birdwatching.

Due to their cheap and fragile bindings yellowbacks are rare today so it’s noteworthy that MARBL, with over 2,000 titles, has the second largest institutional yellowback collection in the world. Most were acquired in the 1980s though the collection is still being added to today.